With a combined 70 years of practice, Sifu Robert Brown and Rudy Makupson have taught over 11,000 students over the past 25 years. While ZMA has a very effective and useful practical, physical application, what keeps students around for decades is the many changes they see in their everyday life.

After over two decades at the same location, our schools started to spread. We opened two more successful dojos and when it was time for Rudy to open the third, we began to wonder if this was really the best way to spread our message. Although we have been the fastest growing program in the country, there is a limit to how many physical students a school can acquire.

We know that we all have stressors. We have jobs, mortgages, traffic, kids, spouses, and relatives. We all have life and it can become overwhelming at times.

What Rudy and Sifu know, and what you will gain through Zen Teachings, is that you are always in control.

You cannot control what is thrown at you but your reaction, your choice to respond well, is yours and yours alone. This means that every individual is by the very fact of his or her own existence, endowed with the potential to become whomever he or she wants to be. There is nothing you will ever need in life that is not already within you. The medicines, motivation, strength - all that you seek and take externally are already within. Since you do not understand this and do not look within, you refuse to take them. Far too few individuals have the courage to actually look inside and encounter themselves.

It is through pushing ourselves beyond our perceived limitations that we become the fullest version of ourselves. It is not always comfortable but the reward is worth it. Dive into yourself and master the battle within. The road seems to be hidden because it is not outside of you, it is in you. It is an absolutely private path where nobody has ever traveled. You have to do the work. You forge the path yourself, inside, with every action and move you make. It is not the same for everyone and it is not “ready-made”. This is by design because true self-discovery, the kind you make by looking into yourself, no one else can do for you. No one else may enter. You are the only one who can go there. Find this ability to make these better decisions through meditation, hard work and introspection.

Zen Teachings gives you a rudder to navigate the seas of life and frees you from the turmoil of being a helpless ship tossed about and at the whim of the sea.

We cannot predict or control what life may have in store for us. Intellectually, we understand that worrying is as effective as working on a front punch by shooting a basketball and yet, we still do. The sea is not ours to control and until we realize this, we are doomed to frustration and impotent action. Our purposeful development of our will, however, does make that same unpredictable sea become ours to navigate. Like any ship, we all have anchors. We choose to either drop them to the sea floor and allow them to keep us stagnant, or we fight to pull them on board and thereby give us the freedom to follow our own compasses and paths.

Zen Teachings is a life-altering, precious gift. It allows us to hone those crucial skills. Through it, our reward is enormous. Zen Teachings gives you the reward of getting the chance to know yourself. What more important goal is there for a human being? We will show you the path.

Just as airlines advise us to put on our own masks before assisting others, we should not be afraid to devote that same kind of passion and effort to our own self-discovery. We know that Zen Teachings is about the battle within. It is about respect, discipline, being an unalterable manifestation of your truest intentions, unable to be knocked off course by whatever life throws at you. Everything in this world faces challenges. We fight our own demons every day. Zen Teachings allows us to begin to exert the only dominance we should strive for, which is dominance over our own actions and feelings.

While we cannot predict what tomorrow will bring, we can control how we respond. The only person who can deprive you of such a crucial liberty is you. Each of us has an irrevocable freedom that cannot be stripped by any prison, situation, person or anything else in the world. That freedom is the freedom to choose how we will respond. Truth is in no need of defenders, it simply is. All it relies upon is our ability to rationally perceive what is in front of us. Zen Teachings will give you that ability to perceive.

The person you are destined to be is already within you. Zen Teachings will help you find them. 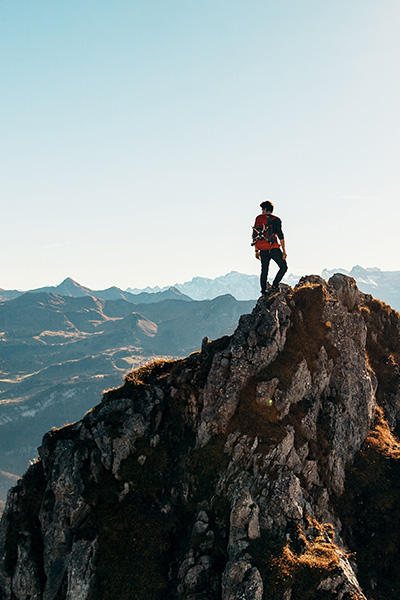 Zen Teachings is a program designed to bring you the exact same benefits without being a physical student. We will guide you through true meditation and give you insights into yourself and life that will make the sometimes stormy seas of life much easier to navigate. Having begun his practice with Sifu Brown over 23 years ago, Rudy, in particular believed it was not fair to hide this knowledge from the world. That is why, instead of opening another physical school, he wanted to take Sifu’s message to the world.

Our philosophy and way of life has affected so many people that we wanted to share it with more than whomever was in that 3-5 mile radius of the school. We have students who have moved across the country for work and they still come back as often as possible. They still practice the Zen Teachings Lessons and they still practice meditation. Those students across the country, and countless students locally, anxiously await the weekly talks and discussions. Each one places enormous value on how much the ability to find true peace has shaped their existence.

Zen Teachings permeates every aspect of your life. You will become a more focused, intentional and effective person.

Doctors, lawyers, CEOs, blue collar workers and stay at home parents all know the value of becoming a master of their actions rather than a prisoner of their reactions. This is why they stay and this is why they do not leave. 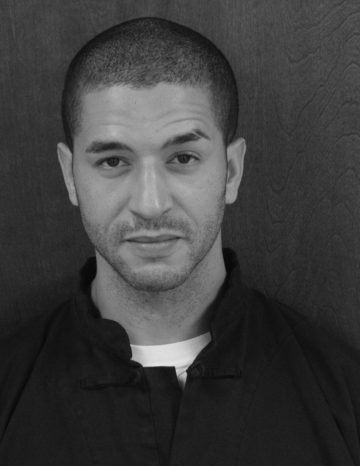 I began practicing martial arts under Sifu Brown when I was 14 years old. From day one I knew I found the right path and as I grew in my practice, I saw the profound impact that Zen Teachings had on every single student. There is so much depth to our practice and it has helped me in so many innumerable ways, I knew that I had to share this gift with the world.

Zen Teachings resonates with me because I understand the great importance in being able to be who you want to be, when you want to be that person. I was not always the most popular kid in school. I was younger than everyone in my class and I was not as successful in sports as the other kids. Because of that I dealt with being made fun of and was left out a lot. I learned to be funny as a defense mechanism, but I also had a lot of lack of confidence and anger due to my perception of not having a place in the world. It was only when I started to practice that I learned how to control moments in my life instead. I learned that I was the master of my fate! I learned that through learning to control and discipline my mind, I got to choose how I reacted to every situation. Zen Teachings has enhanced my life in every single aspect and I truly would not be the person I am today without it.

My 23 years of practice have allowed me to become closer to the best version of myself. I want to share that tremendous gift with you. I want you, in whatever you do, to be the absolute best you can be. It’s only through consciously putting yourself in adverse situations that you can see what you are. I will be with you every step of the way. 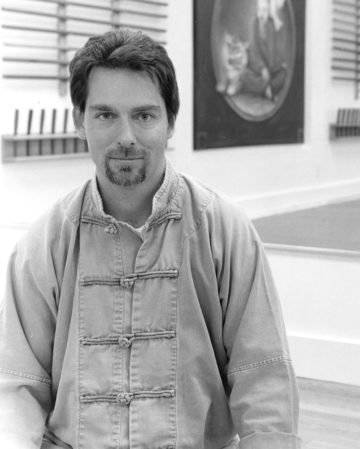 When I was quite young, I had terrible self-esteem and confidence. I was an 8 year old in leg braces and could barely get up the steps. My physical coordination and body was a disaster. I was mad at everyone; my mom and dad, other kids, the neighborhood, and even at God.

One day, my mother read in the newspaper that martial arts could give you confidence and self-esteem. It was her that pushed me to visit my first martial arts school. When I walked in, the scene was magical. Not only could these people move and use their body but they could punch, kick, and throw each other with power and focus! I was in love with it and I had to be there. I didn’t have to be the best like other people, I just had to be there.

Through the years, my physical condition improved. I was able to shed the leg braces, punch and kick like everyone else, and even competed in tournaments. But, most importantly, my inner condition improved as well. I realized then that there was a lot more to martial arts than just fighting.

I started traveling all over the United States, eventually expanding my search to China, Japan, and India. I learned about martial arts all over the world and when I began my first dojo the practice grew. We became the fastest growing martial arts school in the country!

Today, Rudy and I have made it our mission share Zen Teachings beyond the physical walls of our dojos. We want to help more people, whether you practice martial arts physically or not. Your art, which is your life, should offer more than it ever has. Zen Teachings is here to guide you. We are here to help you be who you want to be, when you want to be that person, no matter what life throws at you.

Have any questions? We are here to answer them.

If you have any questions about our teachings, our subscription, or general comments about our program, please don’t hesitate to get in touch with us by clicking the button below.

Send Us An Email